I figured storage was still going to be a nightmare, but that has proved to be wrong. So we're all very impressed with Avid in our shop, now we just need to hope that the company can survive as essentially software only. We know Adobe can because they've built up such a suite of products that makes them overall a stronger company. That's the last piece of the puzzle with MC6. Can the company survive financially the new business model? We'll know in the next 12 months. Litte hint: I do freelance color correction for lower-budget projects and have felt trapped in FCP-land for a few years now.

I was very excited to hear that Avid was finally allowing Symphony to work with other hardware, and that the software price will actually be affordable for me. Reading about your positive experiences with MC only firms up my hopes to return to Avid soon. But having our storage work so well now is also a great addition to the mix. Two excellent choices for the editor who wants to move away from FCP.


Jesse Glucksman by walter biscardi [sushil sharma] ""since AJA has been powering Symphony for years now". It was just OEM equipment. That is, the AJA name appears nowhere on the cards. AJA makes a LOT of hardware for the industry that is not labeled, that's why the company is as big as it is today. Not just from FCP user, but from the entire production industry where their hardware is a part of many many products.

Yes, it is correct that the drivers for Media Composer is completely different and written from scratch but AJA hardware has been driving Symphony for some time now. Jesse Glucksman by sushil sharma oh strange. Jesse Glucksman by Scott Cumbo As someone who is use to using avid hardware, that's been my major concern with avid opening up to new cards.

I always hated capture or layoff in fcp It's just horrible where in avid I would insert fixes onto a master tape all day long without worry and on fcp with a kona card I would always need to relay entire segments because I couldn't trust it to insert into anything other than black. So i just hope they got it right with the kona cards. And if fcp really disappears than all our fcp rooms will turn into avoids with kona hardware. What card are you using? I've talked about this in the past in the AJA Kona forum. So, it is still possible to go to previous and next edit points without entering the trim mode.

Just needs a onetime [per user] keyboard remapping. You just saved my life! Thanks a lot!

How does the new Avid play with photoshop and AE for example? Character Generator? Simple fx and DVe moves? Audio treatment? I've ignored Avid for so long I'm out of touch frankly with how people use it in a situation where you have to bring all the parts into play for sweetening sound, grading, adding compositing, etc. From what we understand, it talks very nicely to the Adobe Suite, but we're still testing out the basic editing with our SAN.

Basic title tool is very basic, but they do have the Marquee which is a very nice title tool. I'll definitely follow up with a much more comprehensive article about how things compare, although Shane Ross did do a very nice job already in his article. As I just said in my previous response, Avid ain't FCP so we're going to have to relearn some ways of doing things, but the basic operation is the same. I've been out of touch with Avid since so it's been a while. As for now I can try MC 5. I am constantly forced to use mouse for navigating the timeline.

I'm not some shortcut geek, but not having the ability jump through the cuts without entering trim mode is very annoing. Or maybe i didn't find the way to do it? What is the situation with modifier keys in MC 6? Are ctrl and alt keys open for custom shortcuts? If it does - can you put several shortcuts on one key with different modifiers? If you've been using FCP like I have for 10 years you're going to love and hate things in both applications. So Premiere is almost Final Cut Pro 8 because it behaves so similarly in a lot of ways, yet it's much more clunky in some ways.

Avid is what Avid has always been. It was not designed for FCP editors, it was designed to improve on their already proven architecture. If you go from FCP to any other NLE you're going to have to give yourself a month before you can truly appreciate the new software as you will have to "unlearn" some of what you know. What you realize is that in some ways both Avid and Premiere are slower than FCP but in other ways they are much faster.

You just have to truly use the apps and understand how they operate before making your decision as to which to go with. I would probably be fully up to speed if I just sit at the Avid system for two weeks and do nothing else. You can create different workspaces color correction, source record editing, etc.

If you want to save all those layouts and prefs, AVID creates a user file that can be transported and loaded to any system you switch to. Just get more in depth with the manual and you'll see all the crazy customization that's possible. So, it is not a huge step forward for Avid. It just leaves them at place. I don't mean to criticise what you've said, I just want you to put facts right, with no exaggeration and dithyrambs when they are actually not deserved. Furthermore, though MC now supports so many 3rd party hardware, they've eliminated support for some of their own products like Avid Mojo SDI.

Why support that vintage stuff? But this stuff works for me and lots of my collegues, who at the same time wnat to go forward with bit, better AMA transcoding to Avid native format will make you mad one day and so on, but still wishing to have an ability to use the hardware they posess to make a Digital Cut or print to tape in other words I remember you being upset this summer with lack of this feature in one particular product let's call it X. I'm not sure there is a way to keep my 5.

If there is, then it's less frustrating and problem mentioned above is nothing more but inconvenience.

For now, it's like either stay bit and you may print to tape using what you have invested in, or move to bit and forget it. Or go invest. Not so sweet. Now, concerning what Juan Morales said: You'd still need an ISIS That is not a correct statement. Why would you say "you can't", while you actually can? Moreover, not only can, but you can even be quite safe with several people working on the same project simultaneously. Some workarounds are definitely needed, but in the end you just have to be careful and take into account some simple rules. We've had this workflow for years now and it works just fine.

And no project copies required since Avid project is dramatically different to Final Cut Pro project. By saying "project" i mean project. Not the sequence.

Just in case someone adopted to the new "reinvented" terms sees the post. We tried this yesterday and could not get it to work. We will test some more with it, but while one workstation was able to open the project, the second one could not access it. Eugeny Korkhin by Eugeny Korkhin Sounds strange. Never faced that kind of difficulties with Avid. May be that is a Mac related issue We have all PC's. I'll give it a try tomorrow by inserting a Mac in our workflow and post the results, but as far as I remember we had that experience already and it was all good. Obviously, I don't have MC 6, thus the results may be treated not valid Now I must confirm the same situation with v5.

But I guess that only relates to Mac It behaves like this: If the project is opened on a Win machine first, then it it is impossible at least for now to open it on a Mac. In a reverse situation, opening the project on a Mac doesn't block the ability of Windows machine to access it. Still there are problems on a Mac side: But when listed, it was offline, since it hasn't been scanned properly.

AMA, at the same time, worked fine: This situation never took place in a Windows environment. 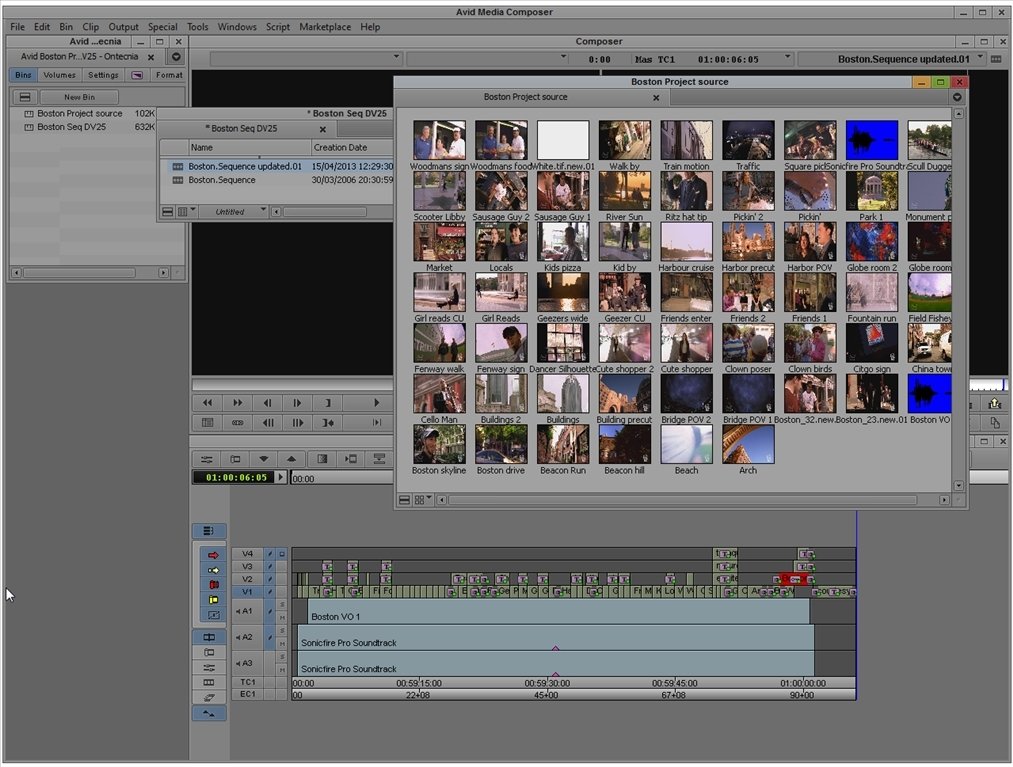 Will test that more. I actually missed this on my first reply. If you read the article, I didn't say this was new. I was simply showing the Final Cut Pro editor the command in you have to enter in the Console in order for storage to show up if it doesn't automatically.

So no exaggeration at all with this. It's a basic command that an editor coming from Final Cut Pro will have to know. If you read my post, the point was " it is not a huge step forward for Avid ". And that relates to what you wrote: As I've stated often, I think my town will soon be all Avid all the the time, and anyone seriously working in the "professional space," i. Of course, we all could be surprised one day in the future should Apple be able to bring FCPX back into the professional ecosystem that I've described, but we all know that might never happen.

Los Angeles http: Bringing "The Whale" to the Big Screen: Up to this point the only people he was aware of switching to Avid were people who used to edit on Avid. That is they were "returning to Avid.